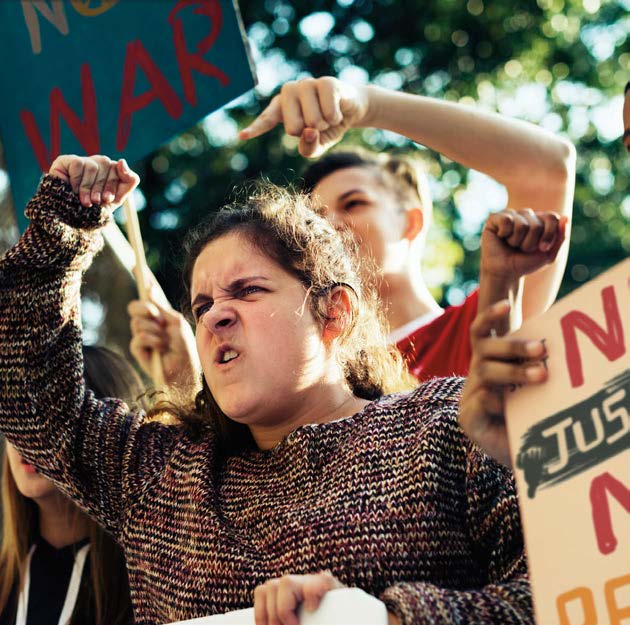 Tolerance is a single word encompassing the central creed of today’s enlightened secular culture. In a society where everyone creates their own truth and autonomy paraded through personal expression is worshiped, intolerance is the supreme evil.

To more fully understand this sacred secular doctrine, the popular contemporary understanding of tolerance must be contrasted to its traditional definition. Its classical meaning, found in most dictionaries, is essentially the practice of tolerating the existence of
ideas or behaviors that one disagrees with. For those swept up in today’s progressive indoctrination, this definition doesn’t go far enough, nor is “tolerance” a two-way street.

The current secular manifestation of tolerance demands so much more than a willingness to accept the existence of ideas contrary to one’s own. One must not only endure, but also celebrate contrary ideas and empower those who hold them. But this superficially assumes relativism — no absolutes — and the equivalence of various, contradicting truth claims. The secularist is blindly trusting that belief in absolute truth is absolutely wrong, a declaration ironically impossible within their worldview.

In theory, if they believed their own definition of tolerance, they would celebrate, encourage, and empower those who hold beliefs different than their own. As previously mentioned, the secularist’s version of tolerance isn’t a two-way street. It’s only their ideas that require celebratory approval. They have no desire or inclination to reciprocate this practice to any other view. There’s an outright refusal by secularists to consistently apply and practice their own ultimate standard of tolerance.

Scaling the heights of hypocrisy, the secularist arbitrarily and strategically redefines tolerance, requires agreement, demands compliance, and then is bigotedly intolerant — by the old or new definition — toward anyone with an opposing view. Anyone who dares defy the progressive mantra is labeled hateful, bigoted, and intolerant.

The secularists’ “altar call” proclaims that if you don’t already hold to today’s “open-minded” values, now’s the time to “repent and believe” — or else. You will comply or you won’t be tolerated. Ironically, those who champion tolerance as supreme unveil themselves as fantastically intolerant.

The secularist only “superficially assumes…no absolutes.” He does believe in absolutes in his heart of hearts, just not God’s. He actually elevates his own thoughts and beliefs to the level of absolute truth. That’s why the secularist is so bigoted and
intolerant toward those who disagree. You either agree with what is “unequivocally right” or suffer the fate of all nonbelievers. In his mind, whether he recognizes it or not, his ideas — his “word” — has become the standard. This revelation exposes the
foundational battle that traces its roots all the way back to Genesis 3. Either God’s the authority in your life or you are. No one can serve two masters; both won’t be tolerated.

In reality, Christianity is supremely tolerant. How? All are sinners who need a Savior, and anyone who repents and trusts in Christ alone will be saved. The door is open to all. It doesn’t get more tolerant than that.