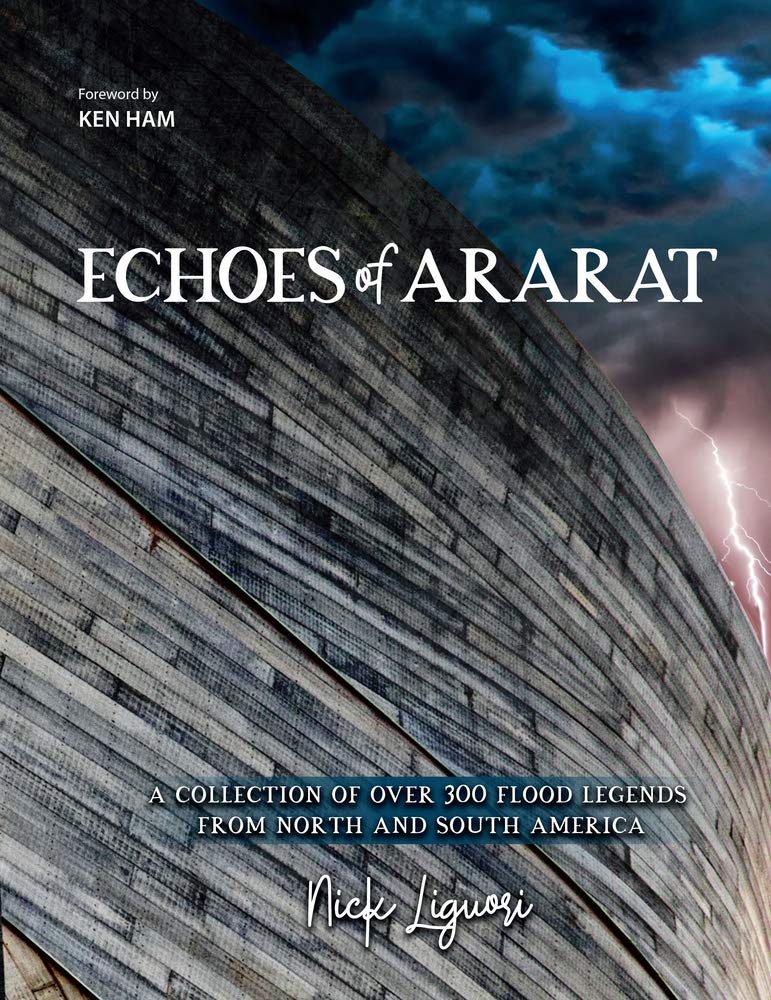 New Book Released! Echoes of Ararat! What an historical Document!

A flood. A large boat. Eight people. Animals saved. A tower. The separation of people groups. You probably think this list is referring to Genesis, right? Well, that is only the half of it. This list includes some of the striking similarities between Genesis and over 300 Native American flood and Babel legends. Not simply a coincidence! We warmly recommend this fascinating, book by civil engineer and researcher Nick Liguori.

It shows the overwhelming frequency of these and other oral narratives that have been passed down all across the Americas. While the massive number of similarities are often billed as coincidences or used to try and discredit the Bible, these are actually versions of the historical events recorded in Genesis 6–11. In Echoes of Ararat, author Nick Liguori contends that oral traditions of the Flood—and the survival of the few inside the floating Ark—are even more prevalent than previously thought, and they powerfully confirm the truth of the Genesis account.

This unprecedented work carefully documents hundreds of native traditions of the Flood—as well as the Tower of Babel and the Garden of Eden—from the tribes of North and South America. Learn what the Cherokee, Lakota, Iroquois, Cheyenne, Inuit, Inca, Aztec, Guaraní, and countless other tribes claimed about the early history of the world. Liguori also shares many evidences for the historical reliability of Genesis, and shows that the Genesis Flood account is not dependent on the Epic of Gilgamesh or other Near-Eastern texts, as skeptics claim. Rather, its author Moses had access to ancient records passed down by the early Patriarchs, including Joseph, Jacob, Abraham, and even Noah himself.

You can buy it here: https://answersingenesis.org/store/product/echoes-ararat/?sku=10-2-530