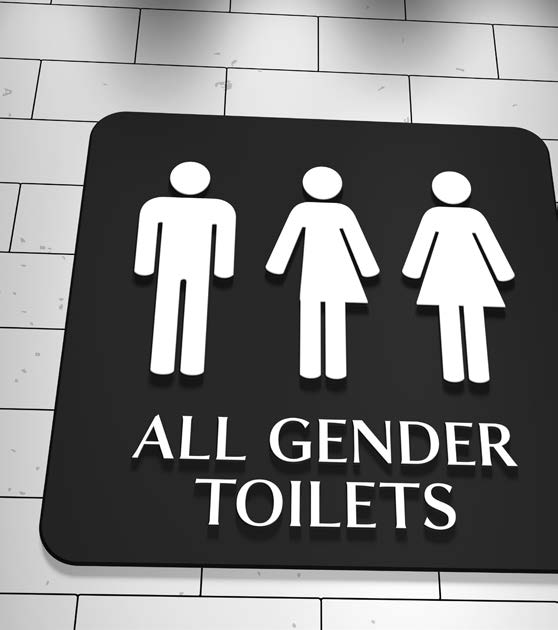 The transgender movement has taken the western world by storm. Headlines: changing school regulations allowing transgender children to use whichever bathroom/locker rooms, to play on girls or boys sports teams, a transgender 5-year-old, and a former superstar male athlete being awarded “Woman of the Year” by a popular magazine.1

The “transgender” ideology is the basic belief that our “gender identity” is a fluid, changeable social construct that’s not confined to our biology. One’s “gender identity” is a state of mind and may not match their body, so a “woman” may be trapped in a male body. In such cases, reconstructive “reassignment” surgery is seen as a valid, even necessary, option.

In the last half century our culture has experienced a progressively expanding attack on God’s design for humanity and society. The sexual revolution redefined sex, feminism redefined manhood and womanhood, and the homosexual movement redefined sexuality and marriage. Now the transgender revolution seeks to redefine bodily gender realities with seemingly unprecedented velocity.

The realities of God’s created order are being progressively cast aside as we buy the Enemy’s lie that true happiness is found in total autonomy. Maximum happiness is discovered by following your own path for truth, sexuality, and gender identity. These things are not fixed God-given gifts, they’re a blank canvas for you to paint your own reality for your supreme pleasure. Transgenderism is the newest and grandest expansion into self-rule and rebellion.

As God’s wisdom and design are rejected and reviled, confusion concerning sexuality, masculinity, femininity, and gender reign supreme. This has resulted in catastrophic individual and societal consequences that are obvious to the honest observer. However, the biblical God isn’t a God of confusion and His Word is sufficient (1 Corinthians 14:33; 2 Peter 1:3). As previously discussed, sex, sexuality, gender roles, and genders are God’s creation and part of His created order. They’re good gifts from the Creator given for human flourishing. Our Maker defines us and tells us our bodies were created for our joy and as a temple of the Holy Spirit (1 Corinthians 6:19). Our gender was lovingly and intentionally assigned to us by the Creator for our good and His glory.

The Bible also explains the confusion of individuals and culture: sin. Man’s fall into sin broke creation, humanity, and how we see ourselves. We need God’s Word and Spirit to restore what’s broken. Transgenderism is just the newest tenet of our culture’s false gospel. Salvation and fulfillment are not found in autonomy but in complete submission to our sovereign Maker and Redeemer.

1 washingtonpost.com/local/public-safety/battle-over-transgender-student-rights-moves-to-highschool-
locker-rooms/2018/04/25/b319365a-3f29-11e8-974f-aacd97698cef_story.html?noredirect=
on&utm_term=.ebcff558159f
abcnews.go.com/US/transgender-teens-outrun-track-field-competitors-critics-close/
story?id=55856294
nbcnews.com/storyline/transgender-kids/jacob-s-journey-life-transgender-5-year-old-n345131
usmagazine.com/celebrity-news/news/caitlyn-jenner-named-one-of-glamours-women-of-theyear-
20152910/
Today’s feminism often conflicts with the claims and goals of gender revolutionaries. If the
gender revolutionaries are right, anyone can be a female. And whose rights are the feminists
fighting for? This has caused conflict amongst liberal ideologues.