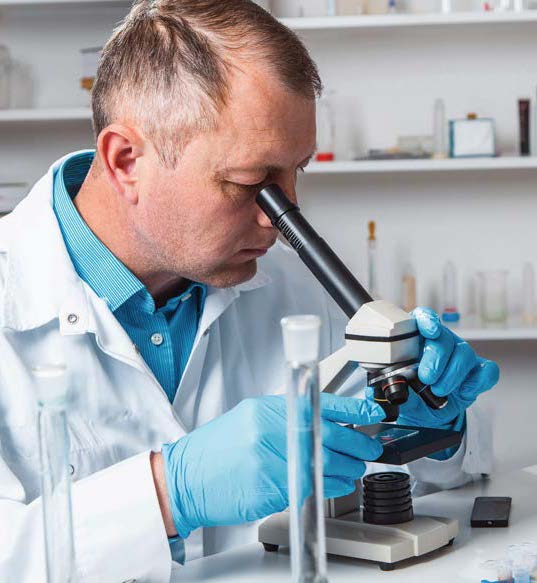 Once again, secular and biblical scientists alike have the same present-day evidence, the same animals, fossils, mutations, natural processes, scientific laws, and methods. And as stated before, this is ultimately a battle of worldviews that lead to very different interpretations.

A battle of the only two fundamental religions: man’s word vs. God’s Word.
Those who elevate man’s word over God’s basically assume the way things operate and change in the present is the way they have always done so in the unseen past. Before even looking at the evidence, they assume the Bible is false and believe only present-day, natural processes may be used to explain origins.

Now if the evolutionist were consistent, this approach to the evidence presents some serious difficulties. In accordance with the way things happen now: something never comes from nothing, life never comes from non-life, information never comes from inanimate matter, and natural selection and mutations mix or lose genetic information. All of these present-day, observed realities make evolution impossible. But they are not enough to shake the blind faith of the secularist who declares, “nature found a way.”

But all of these things are perfectly consistent within a biblical worldview. Of course, natural processes cannot bring time, space, matter, life, and information into existence. That requires the divine act of a God outside of the natural world, the God who has revealed Himself and our origins in His Word. Why is there death and thus natural selection in this world? Because man sinned and death came as consequence. Why do things run down and mutations accumulate? Because of the curse that affected everything when man fell into sin.

The biblical interpretation of the evidence is consistent with all of reality and observational science. In contrast, the evolutionary interpretation is fervently adhered to by its believers in spite of all the laws of science it breaks.