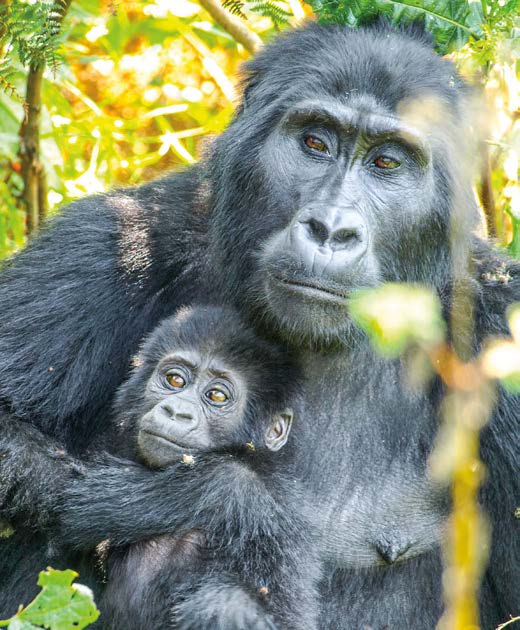 Who hasn’t been moved by those commercials with emotional music, dramatically showing an abused dog? Concern for animals is good and biblical.

However, as our culture frantically runs away from biblical values, its morality is being turned upside down. A growing demand for equality, or supremacy, of animal rights to human rights is a powerful illustration.

As society seeks to expand the legality of murdering humans in the womb or close to the tomb, regulations and legislation protecting animals of all sorts, even unborn, are flooding the law books. Due to the multigenerational influence of evolution and humanism, increasingly the dominant cultural view of animal rights reflects that of PETA (People for the Ethical Treatment of Animals), “When it comes to pain, love, joy, loneliness, and fear, a rat is a pig is a dog is a boy.”1 Basically, “Animals are people too!” Or, people are animals. PETA ran a campaign themed “Holocaust on Your Plate,” which equated the barbecuing of chickens to the burning of Jews in the Holocaust.2

The inconsistencies of evolutionary thinking in equating animals to people and simultaneously demanding “rights” and a “binding morality” are staggering. If all life evolved and is equal, shouldn’t animal rights groups be against killing tapeworms, lice, and even plants? If humans are just animals, shouldn’t they be allowed to steal, kill, commit incest, or be a cannibal? Animals do all these things. If animal rights activists were consistent, they shouldn’t be upset when a human kills an animal, or human, because it’s just one animal killing another.

Most animal rights groups are silent about, or support, the murdering of children in the womb. But if people are animals, shouldn’t they care about these babies? They’re certainly worried about unborn bald eagles and sea turtles. You can get jail time for simply “disturbing” their eggs.3 Ironically, with the rise of humanism, the value of humanity has reached an all-time low in the west.

In the evolutionary worldview, where do rights come from? Rights only make sense in the biblical worldview. They’re an abstract concept that assumes the unremovable value of something applied by an undeniable absolute authority. The secularist arguing for rights borrows from Christianity. And if animals are our equal, why don’t they argue for animal rights?

As detailed previously, mankind uniquely bears the image of the Creator who gave humanity the task of taking dominion over creation, including the animals (Genesis 1:26). This is not a license for cruelty, oppression, or carelessness. It’s a responsibility
of stewardship to be carried out obediently, lovingly, and faithfully — done for creation’s benefit, mankind’s flourishing, and the Creator’s exaltation.

Although animals are to be cherished and cared for, they’re not human nor equal in rights. Humanity is sacred. And God’s image bearers are profoundly, infinitely, and eternally more important! So important that God Himself became a man to provide a bridge of salvation for humanity.