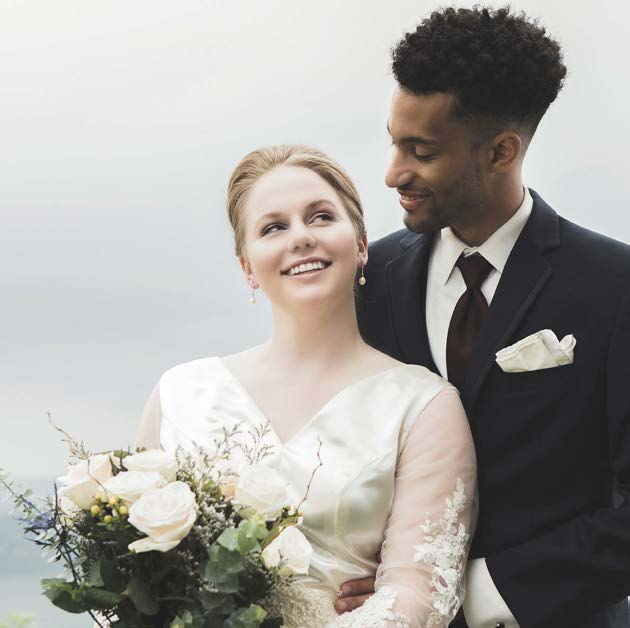 Biblically and biologically speaking, there’s no such thing! Since all people descend from Adam and Eve, there’s only one biological race — a truth the science of genetics is repeatedly confirming as advances are made and understanding grows. The reality of one human race slams the door on the notion of biological “interracial” marriage.

Some Christians incorrectly apply Acts 17:26 to say different cultural groups shouldn’t marry, but this is only about the dispersion of nations and has nothing to do with marriage. Others argue that when 2 Corinthians 6:14 says, “Don’t be unequally yoked,” it means two people from two different people groups can’t marry. However, once one reads the whole verse in context, that argument is paraded as the rubbish it is. Here’s the entire verse:

Do not be unequally yoked with unbelievers. For what partnership
has righteousness with lawlessness? Or what fellowship has light with
darkness?

So yes, we shouldn’t be unequally yoked . . . with unbelievers. Applying this concept to marriage means that a Christian is prohibited from knowingly marrying a non-Christian. The biological fact is, there is only one race. Spiritual fact — all humans are divided into two races. The difference between the two spiritual races? The direction they’re racing. Those in Christ are racing toward the light and those who reject Christ are running headlong into the darkness.

This verse has absolutely nothing to do with marrying someone with a different skin shade, accent, or birthplace. Applied to
marriage, it has everything to do with honoring and glorifying God with the institution He created back in Genesis. Christians marry
someone of the same spiritual race to become one flesh, to produce godly offspring (Malachi 2:15), and to be a picture of Christ and His bride, the Church (Ephesians 5:22–33).

It’s interesting that the prohibition against “interracial” marriage, even in the Old Testament, has always been spiritual. Take for example Rahab the Canaanite and Ruth the Moabite. Both married Israelites and it wasn’t a problem. Why did Rahab hide the spies? She knew that the God of Israel was the one true God and had given Jericho into Israel’s hands (Joshua 2:8–13). Ruth passionately proclaimed to Naomi before setting out for Israel, “Your people will be my people and your God my God” (Ruth 1:16; NIV). They both believed in the God of Israel; thus, both were of the same spiritual race as the Israelites they married. And by the way, both of those ladies are in the direct lineage of Jesus Christ!

It’s worth mentioning that those looking to marry should bear in mind that the notion of “missionary dating” is nowhere in Scripture.1 If a Christian is to marry a Christian, then it only makes sense that they date, or court, only Christians. Also, when marrying someone from a considerably different culture, wisdom, counsel, and prayer should saturate the process. Ultimately, if you’re both Christians, then you’re both of the same spiritual race with the ultimate eternal commonality in Christ!

1 Missionary dating is a religious person who dates another person in order to change that person’s beliefs. Consider the negative examples of Solomon in 1 Kings 11:1–4 and Nehemiah 13:26 and Ahab in 1 Kings 16:31.